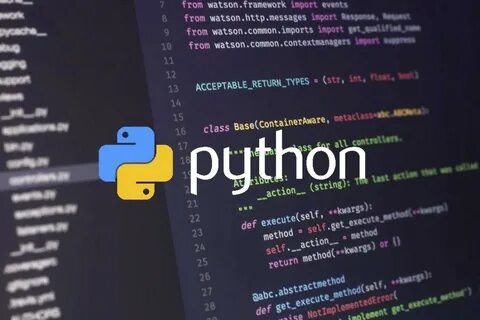 After Java and C, Python language is the most popular and widely used language thanks to its versatility as well as easy-to-read, -learn, and -write code. Python is an interpreted object-oriented language that is just as important to web and software development as it is to game development, analytics, data science, graphic design, data visualization, AI and machine learning, and many other fields. It is no wonder Paul Dubois termed it ‘the most powerful language you can still read”. Thus, whether you undertake your Python training in Bangalore or elsewhere, your skills will be relevant across the globe.

As we have seen, Python is a high-level, interpreted, object-oriented programming language. It is an open-source language with vibrant community support. Python’s core focus is on code readability which has worked out well to its advantage as its English-like syntax is more friendly to beginners and non-programmers compared to other languages like C and Java.

Python became more popular than C# in 2018. Based on a survey by Stack Overflow, 38.8% of users prefer the Python programming language for their projects. Python has a lot more to offer including:

Do you intend to sharpen your Python programming skills? Here are the top 5 project ideas that you should consider.

QR Codes or Quick Response Codes are a type of barcode that stores data and are scannable digital devices like smartphones. Data in QR codes is stored in pixels in a square grid and can be read from top to bottom or from left to right hence QR codes are two dimensional. QR codes are typically generated by an online QR Code generator which is the focus of this project. QR codes make information instantly accessible when scanned, hence the term ‘quick response’.

QR codes are useful in many fields including the retail sector, eCommerce, healthcare, advertising, education, mobile applications, and more generally for contactless delivery, pickups, and payment of products and services.

This is an exciting project for beginners or intermediate developers.

You need to import the Pyqrcode library that you will use to build your code generator. This module is easy to follow through as it automates the entire building process for your QR codes. Plus you may find that you only need two lines of code to create your QR codes.

Also, you can save your QR code in several formats including PNG, EPS, SVG, or plain text.

For this project, you will use Tkinter and DateTime Python frameworks to develop an alarm clock and set it to the correct time and data. Tkinter is a suitable framework as it can run on Windows and most Unix platforms including macOS. Tkinter provides up to 15 types of widgets including buttons, labels, text boxes, menu, and more which you simply add to your GUI Python application.

However, you will first need to have Python and Tkinter installed alongside the Python Alarm Clock source code before you can create a GUI for your project. Thereafter, you will build an alarm clock software that users can set and when the set time comes, an audio signal is produced.

A website blocker, also known as an internet filter, is a restriction applied to a device, Computer, Chromebook, Mac, iPhone, laptop, phone, router, iPad, and others to block specific sites such that the user cannot access them at certain times, periods of time, or permanently. The website blocker can work by blocking specific websites or categories of websites from the device.

This project involves using Python’s GUI library Tkinter to build an application that will block specific sites from opening on a user’s device. Tkinter’s block button widget will be useful in this project.

A URL shortener is a tool that is used to transform a long URL into a shorter version. Short URLs have several benefits including the fact that they are easier to replicate by typing out or sharing on devices and platforms like Twitter with a character limit. In addition, shortened URLs make it possible to track it for purposes of gathering click data or monitoring other metrics. Further, shortened URLs influence your site rankings for instance by looking legitimate on search engines which build users’ trust and when they include the targeted keyword. Finally, shortened URLs present a more streamlined appearance compared to their longer versions.

This project involves building an application in Python that can be used to shorten URLs. You will need two Python libraries, Tkinter, the standard Python GUI library, and pyshorteners, a Python library that you can use with famous URL shorteners to shorten or expand URLs.

YouTube is the leading streaming site for video content with over 2 billion monthly users consuming more than 5 billion videos daily. This makes it a very good place to practice your Python skills.

This project requires you to build a GUI YouTube downloader therefore you will need Tkinter, Python’s GUI library alongside pytube Python modules.

Python is a great programming language to learn. With vast libraries and modules. It is useful across most industries and is, arguably, the best place to start for beginners intending to learn to program. Python has several avenues through which you can build your skills. Whether you opt to enroll in a Python course, undertake projects, or learn from its supportive community. This, in addition to Python being a simple language to learn, accords most users a shallow learning curve and certainly fun learning.