So if you are interested in learning more about this topic, keep reading!

What is a spy app?

A spy app is a type of software that allows you to secretly monitor someone’s activity on their phone.

This can include things like tracking phone location, viewing their text messages and call history, and even listening to their phone calls.

Many different spy apps are available on the market, but not all are created equal.

Some spy apps are more powerful than others, and some are more difficult to detect. In this blog post, we will be focusing on the best spy apps that are undetectable.

Spy apps are used mainly by parents who want to keep track of their children’s activities or by employers who want to monitor their employees’ phone usage.

However, there are also many people who use spy apps for more nefarious purposes, such as stalking someone or spying on a cheating spouse.

How work is a spy app?

Spy apps work by secretly running in the background of a target phone and recording all activity.

This data is then uploaded to an online account where it can be accessed by the person who installed the spy app.

Some spy apps also have features that allow you to remotely control the target phone, such as being able to listen to their conversations or remotely activating the microphone to eavesdrop.

Spy apps are usually installed by physically accessing the target phone and downloading the app onto it.

However, there are some spy apps that can be installed remotely if you have the victim’s phone number and access to their online account. Once a spy app is installed, it is very difficult to detect and remove.

If you are considering using a spy app to monitor someone’s activities, it is important to choose one that is undetectable. There are many different spy apps on the market, but not all of them are created equal.

What is the best cell spy app?

There are many different spy apps on the market, but not all of them are created equal.

Some spy apps are more powerful than others, and some are more difficult to detect. In this blog post, we will be focusing on the best spy apps that are tracking phone location.

We have tested many spy apps. But not all of them even work as the developers promised. Some failed to install it in spite of the money spent.

One of the best spy apps that are tracking phone location and undetectable is called Hoverwatch.

This app is designed to go unnoticed, and it comes packed with multiple features that enable you to call someone’s phone without their knowledge.

Hoverwatch can track someone’s location, view their text messages and call history, and even listen to their phone calls. Another good spy app is called FlexiSPY. It is designed to be undetectable and comes with a wide range of features that allow you to spy on someone’s phone without them knowing.

This app allows users to track another tracking phone location, read their text messages and call history, and even listen in on their phone calls. It also has a feature that allows you to activate the microphone on the target phone to eavesdrop remotely.

What do my friends who have tried Hoverwatch say about it?

When Sarah’s husband goes out of town on business, she decides to take the opportunity to install the Hoverwatch app on his phone. She’s always been curious about what he does when he’s away, and this seems like the perfect way to find out.

She is a little nervous about using the app, but after a few minutes of playing around with it, she gets the hang of it. The best part is that it is undetectable, so her husband will never know that she was spying on him.

Sarah spends the next few days checking in on her husband’s phone every time he leaves it unattended. She can see all of his calls and text messages, as well as his tracking phone location. It turns out that he has been seeing another woman! 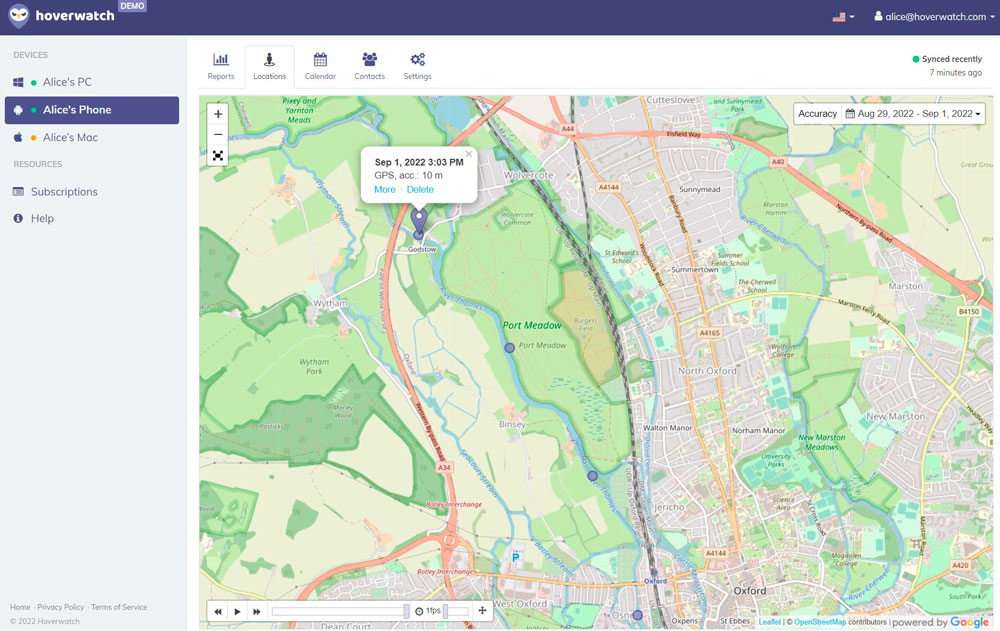 Sarah is devastated by this news, but at least now she knows what’s going on. She decides to confront her husband about it and ends up getting a divorce. Thanks to Hoverwatch, she was able to get all the evidence she needed to make a decision that was best for her.

How legal is it to use the spy phone app?

While there are many legitimate uses for spy apps, such as keeping track of your children or employees, there are also many people who use them for more nefarious purposes.

It is important to remember that if you use a spy app to illegally spy on someone. You could face serious consequences.

Spy apps are legal to use in most cases, but there are some exceptions. For example, you cannot use a spy app to eavesdrop on someone’s conversations or track their movements without their consent.

If you do so, you could be charged with invasion of privacy or stalking.

Before using a spy app, it is important to consult with a lawyer to ensure. That you are not breaking any laws.

In conclusion, spy apps can be a great tool for parents and employers. However, it is important to choose an undetectable spy app and to use it only in legal ways. Otherwise, you could face serious consequences.

Which spy app can you use without access to the target phone?

All spy apps on the Android platform require direct access to install the application.

However, many of them will require you to have physical access to the device at least once. So that they can install their monitoring software.

Once installed, the app will continue to operate in stealth mode and no one. Not even the phone’s owner, will be able to detect it.

Can someone use the camera app to spy on your phone

Yes, it’s possible for an app to spy on your phone’s camera. In fact, many of the spy apps out there provide you with access to all the data from the camera.

So if someone wanted to covertly spy on you. They could easily do so by installing a spy app on your phone. Be sure to only download apps from reputable sources. Be mindful of what permissions you’re granting to any app that you install.

Related Items:cell spy app?, Hoverwatch, Hoverwatch app, How legal is it to use the spy phone app, how to spy, How work is a spy app, remotely control, spy app, spy apps on the Android platform, What is a spy app, What is the best cell spy app, Which spy app can you use without access to the target phone
Share
Tweet
Share
Share
Email