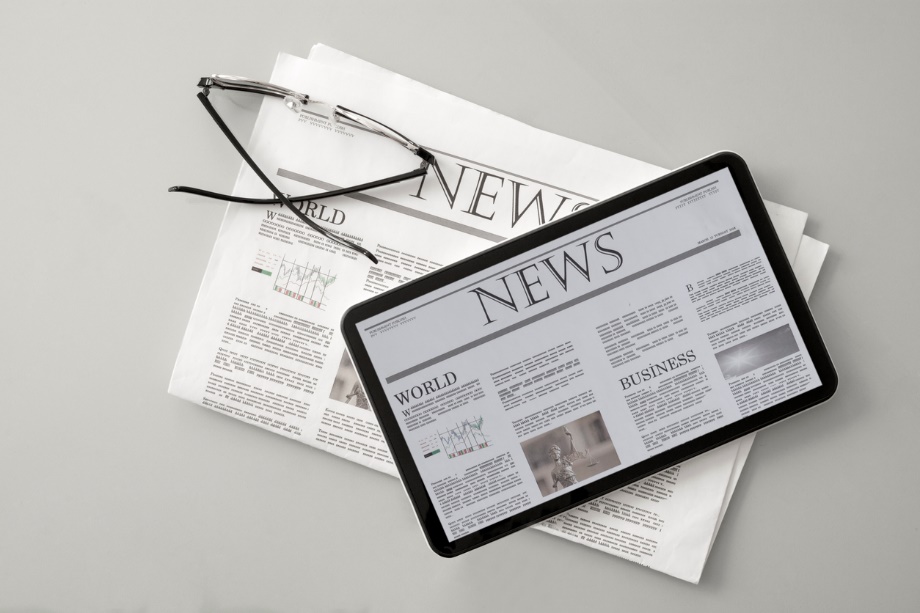 Journalism began with the reporting of current events in print, specifically in newspapers. However, as technology and digital communication have advanced over the last decade, its scope has broadened, and its definition has developed into an all-encompassing sphere of information. Following print, radio and television, the current step on that evolutionary ladder is digital journalism, which is the most commonly utilized and popular source of news consumption in today’s world.

The ability to communicate with others in a meaningful way is what sets humans apart from animals. Over the years, humans have developed different ways of communicating with each other, from cave drawings to infographics on social media platforms.

The 20th and 21st centuries transformed human communication, speeding up a process that had been in the works for hundreds of thousands of years and propelling it forward at a breakneck pace. People are now walking around with smartphone devices capable of linking them with anyone in the world in a matter of seconds. And all this was made possible only a few centuries after books became widely available.

The internet emerged at the turn of the 21st century as a new journalism medium for a new millennium. Another significant change was the emergence of many types of media and varied voices. Along with the major news networks, a plethora of new cable channels, internet sites and social media feeds have appeared.

The internet has transformed how journalists and media organizations function, apparently overnight revolutionizing global business and communication. Old-school journalistic outlets have struggled to adapt, while innovative forms of journalism have thrived in a media world that is nearly unrecognizable from a few decades ago.

Journalism in the Digital Age

There was a transformation in journalism at the end of the 20th century and the start of the new millennium. Traditional journalism was all about journalists functioning as independent sources, attempting to present news in a fact-based, objective manner. While this continues in some news outlets, improved access to technologies has resulted in the growth of citizen and activist journalists who openly have a bias or point of view but strive to promote that position via a lens of fair framing, editing and reporting.

Some people use these tools to spread misinformation. Furthermore, the internet has enabled all of us to become authors: anyone can start a blog and broadcast an opinion to the world, where it can go viral without any fact-checking.

Journalists in the digital age must work in an environment where the news cycle is faster. As a result, balancing timely and in-depth reporting is frequently more difficult. Journalists can gather material from social networks, organize video interviews using instant messaging software, and then publish directly through text, images and videos, bypassing the links of paper, printing and transportation and instantly pushing news to people.

To start off as a digital journalist, having a smartphone and good editing software is enough. However, just having the right tools will not be sufficient without having the required skills, as the field of digital journalism is ultra-competitive. Some of the skills that can help you if you are planning to pursue a career in journalism in the modern age include investigative skills, writing, research, audio-video editing, the basics of web design, and even self-motivation.

Along with these skills, you can even upskill with courses such as a digital journalism master’s program from a top university at your own convenience. A degree such as the one at St Bonaventure University can open the doors of journalism for you at the global level as you will have the skills to create content for conventional and digital platforms. It can teach you all the required foundation skills that are essential for a successful journalism career in modern times, along with giving you a greater understanding of technological advancements.

A master’s degree in journalism equips you with a variety of jobs in the marketing and communications area, including copywriter, staff writer, reporter, producer, editor, technical writer, and others. The digital world has opened new avenues for journalists, but today’s professionals must be well-versed in various media forms, including social media, video streaming and mobile apps, to be great content makers.

Modern journalists now have numerous tools at their disposal. Some of the indispensable tools accessible to journalists are:

The major declining factor for the conventional newspaper industry was a bad decision on the newsroom’s part. When newspapers first began releasing their material online for free, they assumed that online advertising revenue would compensate for the loss of subscribers and physical sales of newspaper copies. However, the generated revenue was nowhere near as much as predicted, and when outlets switched to paywalls, their viewers protested, having been accustomed to receiving the content for free.

Because of this, major conglomerates have consolidated the industry by buying out smaller news outlets that were struggling to make ends meet. In some such ventures, these giant conglomerates have turned the news into a medium for imparting their own agendas. The viewpoints depicted in these conglomerates border on showcasing their propaganda. Many of these companies have also cut jobs to increase profits.

In addition to the bad decision of moving to digital editions, the COVID-19 pandemic harmed numerous businesses, including journalism. During the pandemic, many smaller news outlets closed, and even larger news providers had to cut back due to loss of income. They even had to lower their coverage for non-essential events such as live entertainment and sports. However, with so many people stuck at home due to the pandemic, online news outlets thrived, as did social network news reporters, who were uniquely equipped to adapt and react to the new normal.

How have different types of journalism adapted to technological advancements?

According to the US Bureau of Labor Statistics, there were only 47,100 jobs for news analysts, reporters and journalists in 2021, and it is expected to decline by around 9% in the next decade. There are many different types of journalism that require a variety of skillsets and tools. No matter the type, technological advancements have changed the landscape of the whole industry.

Below are some examples of how technology has impacted the different types of journalism:

How are technological advances shaping journalism?

As mentioned above, the face of journalism has changed drastically, and technological advancements are reshaping the whole industry:

What will the future of journalism look like? While change is unavoidable, the internet and digital age are going to stay. Society will continue to explore new ways to communicate and interact as the 21st century progresses.

Because of the recent drop in journalistic jobs and attacks on ‘fake news’ media. Some sites are questioning if journalism has a future at all. This is most certainly an overreaction. Most nations have the right to a free press, and enough people want to hold leaders accountable through journalists. Which helps to keep the profession alive. Journalism could eventually. Become a certified profession comparable to that of an attorney, therapist, or any other licensed professional. Who must be approved by a regulatory body.

Whether or not that happens, journalists in the digital age will have to continue to adapt. New technology, platforms and tools will undoubtedly emerge. The greatest journalists will discover ways to incorporate them into their work or explore new niches in the profession. Journalists will need the same level of curiosity, writing ability, and ability to discern facts as today’s journalists. But they will have to rely more on digital film, photo and editing skills. As well as their own ability to ‘build their brand’. While the main players in the industry may be able to specialize in one area. Other journalists should look to branch out and take on new challenges.

Journalism in the Age of Technology: A Constant Transformation

The field of journalism has developed from its pre-Industrial Revolution origins to. Its contemporary incarnation of citizen journalism and media conglomerates. Journalists and journalism students in the 21st century must be prepared to adapt to new platforms and technology. While being in touch with public consciousness in order to do their professions effectively.

While journalists confront an uncertain future. Opportunities for entrepreneurs with a grasp of technology and humanity to deliver great stories will always exist. Whatever they name themselves, this is unquestionably the definition of journalism.

Data has become one of the most valuable assets in existence today. Resulting in a renewed emphasis on gathering. Processing and utilizing information to generate tailored content specific to each and every user. As a result, the capacity to find a balancing act among transparency. Privacy and security while using the enormous potential of data and technology. Aided by intelligent innovation, is what will distinguish a news organization in this exciting new era of possibilities.

New technologies such as AI will promote increased efficiency and automation across several industries, including publishing. However, as AI goes from research and development labs to real-world applications. We should expect more passionate debate about its effect on society – about the rate of change, transparency and justice.