There are times when you’re not that hungry, and that’s always great. That means you won’t have to overeat, which works well for your health and for your wallet too. You can get a large iced coffee for less than $2, and then order something simple.

But that doesn’t always mean you’re getting something healthy. That’s especially true at Jack in the Box, where lots of the menu items come with rather alarming levels of trans fat and sodium. And many of these items also come with rather too many calories.

To make sure you stay in the right (healthy) path, start with these menu items instead:

You’ll find 16 different items in the breakfast section of the Jack in the Box menu, and 11 of them are some sort of sandwich. The Breakfast Jack is arguably the simplest of all the sandwiches. Between the buns (which don’t contain sesame seeds, by the way), you get a fried egg, a slice of ham, and a slice of cheese on top. It’s that simple.

As is, it only contains 350 calories with 6g of saturated fat and no trans fat at all. You still get 16g of protein to start your day.

If this doesn’t seem enough, you can ask for some extras for your sandwich. Just make sure you stick to the healthier options, like onions, lettuce, and tomato. Or you can order a side of apple bites, or even a side salad.

This is one of the most delicious items in the entire Jack in the Box menu (surpassed only by the legendary Sourdough Jack), and it’s terrific that it’s also one of the healthiest orders. Your taco meat comes with the American cheese, shredded lettuce, and taco sauce, and the whole combination is just so tasty.

That’s why the order automatically comes with 2 tacos—one won’t be enough for your taste buds. Plenty of people say that these tacos are even better than what you can get at Taco Bell.

But even with 2 tacos, you still only get 344 calories. It only comes with 6g of saturated fat and no trans fat, plus a reasonable 724mg of sodium.

One of the more annoying things about fast-food salads these days is that you can no longer assume that all of them are healthy for you. There are some that contain a lot more calories than you might expect. That’s actually true of the Chicken Club Salad found in the Jack in the Box menu—it has more than 800 calories.

Fortunately, this Southwest Chicken Salad is one of the healthier options. You get only 340 calories to go with just 6g of saturated fat and no trans fat. The sodium is limited to 850mg.

You simply have everything you need in terms of nutrients, at levels that are still considered healthy. The grilled chicken and the beans offer up to 36g of protein. You only get 25g of carbs, mainly from the tomatoes, beans, and corn. The cheese is mainly responsible for the 13g of total fat.

This is a great option for a light lunch! But make sure you pass on the crouton or dressing. Adding those ingredients increase the calories substantially.

This is another healthy option, if you avoid the salsa. That way, you stick to only 330 calories and just 4.5g of saturated fat (and no trans fat). Among all the items listed on the Jack in the Box menu, these are among the lowest counts for calories and saturated fat levels.

The 790mg of sodium is still okay, but don’t get the salsa as that will increase the sodium level. It will be also better for your heart if you ask for extra onion, tomato, and lettuce.

Just because this is healthy doesn’t mean it tastes bland, by the way. You get warm pita bread (with 16g of whole grains), along with flame-grilled chicken, iceberg lettuce, grilled onions, tomato, and shredded cheddar cheese.

Normally, it also comes with a side of fiery salsa, but you may want to take a pass on this for now.

Instead of getting a burger for a mid-afternoon snack, substitute a 5-piece order of chicken nuggets instead. That way, you only get 238 calories, 2g of saturated fat (and no trans fat), 13g of carbs, and 9g of protein.

This is healthy enough that even getting 10 pieces of the chicken nuggets won’t be all that bad. Or, you can get this for lunch, partnering it with the Southwest Chicken Salad or just a side of apple bites. You get 2 healthy options without getting too much calories along the way.

Have fun with these orders, and stay healthy! 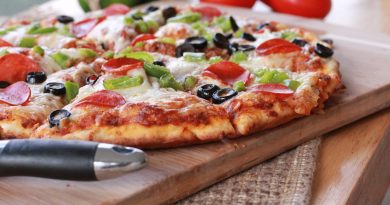 Why People don’t like to Cook Pizza at Home? 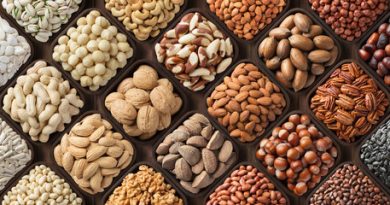 Why Dry Fruits Are Good, 5 Reasons I’ll Prove To You? 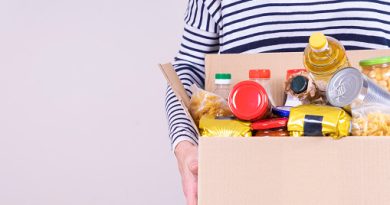