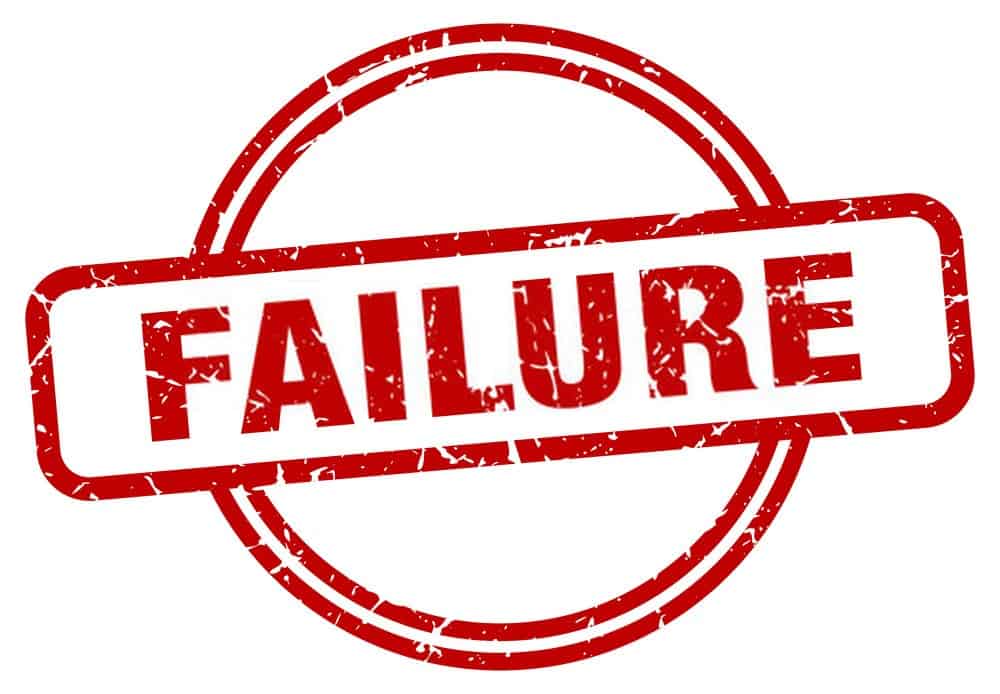 We have heard of failure in a negative light most of the time. But we should all remember that failure is the most important step that ultimately leads to success. There is not even a single person on this planet, who succeeded without failing. This is why one should never fear failure, as it helps us to grow.

To grow, one needs failure in life. It is life’s ultimate lesson. One cannot just avoid failure. Failing is likely to happen when one tries to be successful. No matter how hard a person tries to avoid it, it cannot be avoided. A person must as well have a no-fear attitude towards everything. This does not mean that a person should expect to fail, but when it happens one should accept it.

Failure has its value. We start respecting our goals and desires once we fail and realize that not everyone can achieve them. Through failure, a person will get to know themselves better and they will learn from their mistakes. It is also said that failures make us rethink, revise and reset. It helps us find new ways and strategies so that we can achieve our goals.

Many successful people give importance to failure. Thomas Edison, who invented electric bulbs had to face the most discouraging thing said by a teacher. This can be regarded as the most discouraging statement. It comes under the worst teaching practice of all time as well. Thomas Alva Edison was told by his teachers that he was too stupid to learn anything.

When he started to invent the bulb, he found it very difficult to do so in the beginning. He failed many times and most times decided to give up on his invention. He however was not discouraged by the failure and went on to make the greatest modern invention of all times.

As we are all aware, Edison later went on to make several discoveries, including the phonograph and practical electric lamp. This is therefore the perfect example to show that failure or negativity should not stop a person.

One of the UPSC toppers was declared a failure in life. He was told that he’ll end up nowhere in life, by his parents and teachers. Failure started to creep inside his mindset. But he decided to not listen to such negativity or negative thoughts.

When he started preparing for the second attempt in the UPSC exam, he decided to attend online classes. This helped him remember a lesson for a long time. He also decided to make notes and supplement them with the online notes that were available. In this way, he constantly worked hard and topped the exam with an excellent rank. Failure is therefore a great lesson and helps in succeeding.

Here are several reasons what one should do after failing.

Start again after seeing what mistakes you made earlier

One should be open to making mistakes. Most importantly one should learn from their mistakes. Mistakes make us explore other options or alternatives. They make us re-examine an issue. We think creatively to find or develop other solutions or approaches. Mistakes teach us what doesn’t work and what works in our favor. It encourages us to find new ways of thinking and doing things.

Do not fear starting again

A common tension among most people who have failed is that they will now never be able to achieve what they want. For instance, a student thinks they will never be able to get a job after graduating, or the university they were first wanting to go to. This mindset is completely wrong. One should never let exam failure force one into believing that they now can not achieve any of your dreams. Even though some things will be harder to reach this does not mean that they are unattainable. Failing in exams does not make a person any less of a person, any less intelligent, or any less able to achieve what they want to, than those who may have better results in their exams than that person.

One should not fear failure in life. It leads to new beginnings. Not stopping or giving up is the road to success.