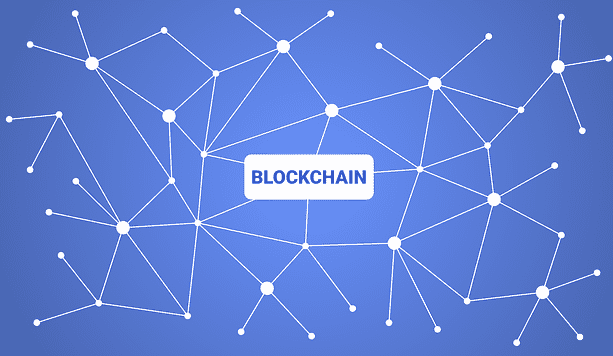 One of the main reasons for setting up a blockchain for your business is to reduce overhead costs. If you are reading this, you’re probably well aware that one of the main tenets of Blockchain technology is its ability to cut out intermediaries. We all know that Blockchain enables peer-to-peer exchanges with reduced or no need for third-party oversight. But how does it do this?

When building a blockchain solution, there are many features available in most blockchain technologies, but these are three key components to look at when considering how Blockchain will help cut down on costs:

Distributing information about transactions and assets across all users in the network can theoretically eliminate fraud because everyone has access to the same information.

Once a record has been created, it is difficult to change it, ensuring that transactions cannot be modified or deleted after the fact.

No single entity controls the Blockchain network, therefore, there are no third-party processing fees for executing transactions because users verify transactions amongst themselves rather than through an intermediary.

In addition to these features, other advantages of implementing a blockchain-based solution over older technologies include faster transaction speeds and automatic redundancy functions that safeguard against data loss.

While Blockchain can protect against fraud and reduce processing costs. Another critical use case is verifying your vendors’ identities to ensure you are dealing with legitimate entities when contracting goods and services. A new company called Provenance has developed a solution that can use Blockchain technology to prove the authenticity of goods and services, giving companies greater confidence in their vendors, which could help you avoid counterfeiting or other forms of fraud.

So what are some areas where using Blockchain-based solutions may result in cost savings? Let’s take a look at three possible ways this technology can cut out overhead costs:

With advancements in smart contract capabilities on Blockchains, businesses can use these tools to reduce the need for lawyers when entering into agreements with customers or suppliers. Both parties agree to the terms of an agreement on the blockchain ledger, including how disputes will be resolved and the contracts are executed without the need for intermediaries.

Smart contracts can also be used to ensure that financial transactions between businesses and their customers cannot be modified or deleted. This provides a high degree of assurance that the transactions have not been altered after they have taken place, reducing the costs associated with audits.

Increased visibility into supply chains could help companies identify areas where they may be paying more processing costs than necessary. A blockchain-based solution allows users to see every transaction on an ongoing basis so mistakes can be identified quickly and rectified before they result in increased fees down the road.

In conclusion, while Blockchain technology is still maturing. It is promising to reduce overhead costs through increased transparency and faster transaction times. Over time these features will become more accessible and easier to use for a broader range of enterprise customers. In the meantime, companies can start experimenting with this type of solution by understanding their areas. Where they could benefit from greater visibility into supplier processes. That help them avoid fraud or other forms of processing errors.

Blockchain technology is seen as a critical element to drive cost-cutting efforts across the energy sector. New research has found that companies are exploring the distributed ledger technology for ways. It can be used to reduce costs along several fronts, including trading. Compliance and development of new business models.  But questions remain about how the technology can be applied in practice, and energy companies need to take a holistic approach when evaluating its use cases as per RemoteDBA.com.

Research and anecdotal evidence suggest blockchain-based demand response (DR) programmes could become commonplace in the sector. DR enabled by blockchain technology would allow consumers. Faced with high power prices due to increased local grid congestion. To trade blocks of capacity with other users on a distributed network rather than wholesale market hubs. However, given that this is a new field being explored. There are still significant legal considerations for blockchain-enabled DR before it can become widespread.

The potential for blockchain technology extends beyond improved cost savings possibilities, however. In particular, it has been identified as an important technological building block in the ongoing decentralization of the energy system. For example, it could be used to facilitate peer-to-peer (P2P) trading across local grids with blockchain-enabled. DR allowing transactions between clusters of consumers and renewable generation in a local grid. It can also help build trust between different market participants along the conventional value chain [article continues

Many energy companies have been exploring applications of blockchain technology to cut costs across various areas, from trading and compliance to new business models. These plans have been accelerating in recent months as evidence mounts that the distributed ledger could be helpful in several ways. However, there remain hurdles before the widespread adoption of this technology can become a reality. Any blockchain-enabled rollout must take a holistic approach, ensuring it is designed from inception with all other parts of an organization’s core operations in view [article ends].

Blockchain has been posited as a crucial technological building block in the ongoing decentralization of the energy system. Allowing users to trade blocks of capacity on a local grid. However, legal considerations mean this is still an emerging field, and there are hurdles before it can become widespread [article ends].

A detailed list of the benefits/advantages of using blockchain technology in a cost-cutting context. Distributed ledger reduces cross-party reconciliation costs by more than $20 billion annually for some industries.

Blockchain enables distributed ledgers to reduce costs across the industry by delivering more streamlined transactions with simpler auditing. A recent report from EY estimated that distributed ledger technologies could provide new sources of value. Running into billions of pounds within the next few years.