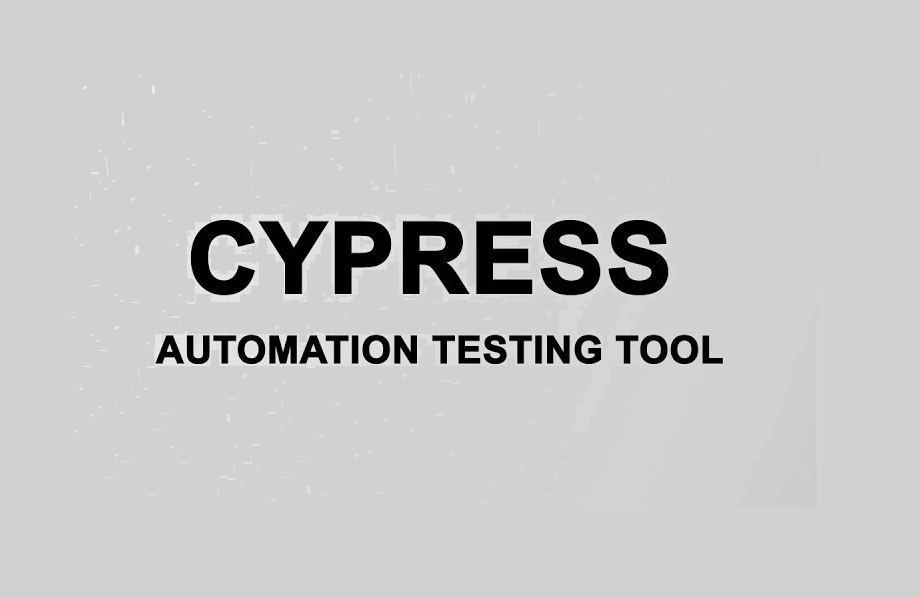 Cypress is an automated tool written in JavaScript that is MIT-licensed and free and open source. Currently, its Github page has 19.3K stars, and organizations such as NASA and DHL use it. Coordinating and debugging integration and unit tests is easy with Cypress testing.

Additionally, Cypress provides a visual interface to indicate whether tests are running, passing, or failing, along with the test script runner. As part of the test, we can manipulate the DOM, assert if certain elements are present on the screen, read or write data into/from fields, submit forms, and even redirect a page without actually modifying your code. This allows us to test highly interactive applications.

In order to meet the needs of local developers, Cypress is built and optimized. Cypress offers a platform for quickly debugging and maintaining your code, so you may want to do all your development in it after using it for some time.

To know more about Cypress automation testing and how you can set it up for your organization, read this blog!

Cypress Test Automation – What Is It?

Using NodeJS, Cypress automated test execution for the modern web. The language used to program it is JavaScript.  Different from other tools, Cypress’ automation tool can automate a variety of tests, including integration tests, unit tests, end-to-end tests, and API tests. As well as making developers’ and QA’s jobs easier, Cypress comes with a number of built-in functionalities.

You can use these features to capture screens, record videos, travel back in time, debug programs more easily, etc. Cross-browser testing is also possible with Cypress on Edge, Firefox, and Chrome.

Testers can use assertions from Mocha and Chai libraries by default in the Cypress framework. There is no doubt that the reporting feature is one of the most used features in the automation world. Specs can be configured to use either Mocha reporter or Spec reporter because Cypress uses Mocha reporter internally.  CI/CD tools are integrated with Cypress tests via Cypress Command Line Interface, aka Cypress CLI.

Let us now have a look at how you can utilize Cypress for Automation Testing.

In order to test modern web applications, Cypress is the next generation of front end testing tools. Typically, testing tools (like Selenium) are able to run outside of the web browser and execute remote commands over a network. Nevertheless, the Cypress engine is directly integrated into the browser.  With it, Cypress is able to alter network requests and responses at runtime and listen to browser behavior.

Using Chrome’s V8 JavaScript engine as a base, Node.js is a server-side runtime environment.  There are millions of developers across the globe who use it because it is free and open-source. An environment that runs programs. A JavaScript program is also automatically run with everything you need. Node JS Framework must be installed before you can start developing your Node.js application.

You can install Visual Studio Code on Windows, macOS, or Linux and use it on your desktop as a lightweight but powerful source code editor. There are extensions for languages and runtimes (such as .NET and Unity) that Visual Studio Code supports including TypeScript, JavaScript, and Node.js. It also supports Java, Python, C++, C#, PHP, and Go.

Direct downloads of Cypress can be made from the Cypress CDN. The direct download will always download the latest version relevant to your platform. The user can extract the zip file after it has been downloaded. Npm can also be used to download it. In addition to setting up a basic project with a package, it explains how to use the package engine. It comes with JSON and Cypress installed.

Cypress is built on Mocha and Chai and these are two well-known JavaScript assertion libraries. It follows the same test case writing style as any other JavaScript framework. Our test cases in the Cypress Workshop project will be managed and written using the default folder structure provided by Cypress, and we will learn how to operate Cypress with its basic test cases.

A unique feature of Cypress is its test runner, which lets us see commands being executed live. Moreover, the application under test is also running in real-time. With the help of the Cypress Test Runner, we will develop our first automated test case using Cypress and execute it. The terminal will also show us how to operate different components Test Runner has.

Web-based applications require locators as the foundation of their automation frameworks. An automation tool uses locators to determine which GUI elements to operate (such as Text Boxes, Buttons, Check Boxes, etc.). A similar method is used by Cypress to locate the user interface element when testing an application.

In order to search for web elements based on the locators, Cypress provides two essential methods get() and find(). There are almost no differences between the results of these two methods. There is, however, a place for each and its importance.

As part of parallel programming, asynchronous programming involves running a unit of work separate from the application’s main thread. In addition, it notifies the calling thread when the task is completed, failed, or in progress. A non-blocking program is one that executes synchronously, which means it waits for its completion before proceeding to the next step.  The asynchronous method, on the other hand, allows you to move on to another task before the process is finished.

Know that Cypress handles asynchronous behavior internally and still performs the test cases seamlessly, sequentially, and consistently. In some cases, however, it may be necessary to handle async promises or commands explicitly, such as when combining Cypress commands with third-party libraries or JavaScript commands. Explicitly managing Non-Cypress Async Promises is one of the things we will learn about in this lesson

An assertion is a validation step that determines whether the specified step of an automated test case was successful or not. The purpose of Assertions is to validate the desired state of your elements, objects, or application under test. As an example. Assertions are useful for verifying scenarios such as whether elements are visible or have particular attributes, CSS classes, or states. The assertion steps are always recommended in automated test cases, otherwise, the application will not be able to achieve the expected state.

There are some APIs or methods available in each UI automation tool in order to interact with web elements in order to perform the designated operation on the UI element. Additionally, these methods facilitate simulations of user journeys. Additionally, Cypress offers multiple commands that simulate the interaction between the user and the application.

What is the process for setting up and installing Cypress?

The installation of Cypress is straightforward. The steps are as follows:

In Cypress, folders are created by default. There are several subfolders within the cypress folder.

LambdaTest can resolve many of these underlying issues.  Test Cypress online with LambdaTest to reduce test cycles. A Cypress tutorial explains the basics of the framework and how its modern architecture addresses the problems encountered in modern web automation testing.

In addition to its core functionality, Cypress has a wide range of community-built plugins. Screenshots and video recordings can be added with these plugins. The Cypress website lists available plugins. Let’s wrap it up! We have provided a basic overview of the Cypress test automation tool in this article. Cypress has been installed, and a test has been created. As well as the basic features, we’ve also looked at some of the more advanced features Cypress offers.